We zijn er weer bij en dat is prihimaaa...vivaaaa Hollandia!!! Yesss indeed...I was at the Beijing Olympics and that was great, even though I can’t listen to this Wolter Kroes song anymore without getting a serious headache.

The Beijing 2008 Olympics are over, and only now I begin to realize what an amazing event I witnessed sitting front row. And then I am not even talking about working at the Holland Heineken House which was bigger than ever before and quickly became the hottest place in Beijing. Especially after Erick E. scratched his LP’s, the Ozzies and Gringo’s poured in by the hundreds. Now sitting on board a 737 on my way from Amsterdam to Rome it is all sinking in. As I said already in my previous story: I am a lucky bastard! One who had a superb time this summer travelling through Thailand, Taiwan, Japan and China...the Beijing Olympics in particular.

Before closing this episode of my life, I’ll quickly look back at the period in Beijing I didn’t write about yet. I left of after I went to the judo finals in which Edith Bosch won a bronze medal. Not soon after I had tickets for hockey (NL womens team against the ozzies) and track cycling in which Theo Bos was competing. Unfortunately I overslept for the cycling, probably because of serious sleep deprivation. Really f*cked up as cycling was something I quite looked forward to. Missed opportunity... Fortunately there was another opportunity, last moment of course, to go the national stadium (aka Birds nest) for the athletics finals. It is almost impossible to describe the sensation you get once you pass the numerous security checks and walk in to Olympic park seeing the birds nest beautifully illuminated in front of you, and the aquatics centre next to you. At that moment I felt it more than ever before: I AM AT THE BEIJING OLYMPICS. Together with a friend we tricked some volunteers into believing that we both had very expensive tickets, and without too much hassle we were sitting 3 rows from the athletics track. So close, that I could almost count the drops of sweat on Bekele’s face when he did his victory lap after winning the 5000m. Pfffuuuu...once again, the sensation was indescribable...especially because you see that huge torch carrying the Olympic flame in the background. And...I would almost forget (amai)...we saw the Belgians win their first (and only) medals! Ahjaaa...we were cheering like crazy for Hellebouts because she’s Belgian, and...her major competitor looked like she was on some serious doping. The Americans sitting next to us didn’t quite understand that I guess...and we annoyed them a bit more by cheering for Cuba whilst they were screaming for the US in the relay race. Of course...we won, by amount of decibels that was...gnagna :).

After the athletics finals were over we made some Chinese friends by exchanging small wooden cloggies for some ugly Chinese pin. Bought us a ticket onto the press stand and nice pictures though! Chinese are so easily persuaded nowadays by giving them a pin for on their key chain. Also got me some big discounts on my ‘made in china’ bjorn borg underwear.

Anyway...visiting the birds nest, Olympic park and the aquatics centre was great...but exceptional; most of the times I was working in the HHH. In the beginning I had to get used to all the Dutch people again (being ‘dutch less’ for over a month when I arrived in Beijing), but very quickly I got used to the fact that I was living in a kind of Dutch enclave. I made some really good friends, had great parties and had tons of fun with my ‘colleagues’ while taking care of finance in the HHH. The only thing I never got used to was the food in the HHH, which was quite nasty occasionally. Especially when dinner consisted of ‘hutspot’ I thought: ‘chinese resto...NOW!’ I wasn’t the only one that thought that hutspot is not appropriate in a subtropical climate, so there were enough trips to Chinese restaurants. Furthermore, I think I’ve now seen 99,98% of all Beijing’s tourists spots...some of them twice. I like liulichang and the hutongs best...seeing how the ‘traditional chinese’ live. By the way...it was interesting to see how well prepared the Chinese are for the Olympics. One day after the closing ceremony all the signs at the temple of heaven were changed into Paralympics’ signs. They even finished constructing a wheelchair ramp. Chinese efficiency...those guys really know what they’re doing. I guess they achieved at least one goal by means of the Olympics...showing the world (or actually I should say ‘the west’) how much China has changed in a period of only 30 years. This superpower opened its doors to the world by means of the Olympics, allowing us to peek into 'Chinese kitchen' and see some of those changes. I guess we’ll see a lot more of that Chinese kitchen in the future...both figuratively and literally speaking...

From the new superpower to an ancient one...from China to Rome. After de-constructing the HHH, finishing up the last financial chores and saying goodbye to the HHH crew, I flew back to Europe (Brussels). In NL I did a small pit stop of one day, and now I am on my way to Rome enlarging my ecological footprint once more. I promise...once I am back in Maastricht I will plant that bonsai tree in order to compensate for all the jet fuel I helped burning the past year. I am going to visit Rome with my parents and brother for my parents’ 25th anniversary. Tuesday I will be back in Maastricht again starting to finish my IB master. That means following one more course and finishing up my thesis. Plus, I will be starting a new Master (organizational psychology)...If all goes well I’ll graduate for both degrees in spring 2009. At least for one I am sure I will!!!

Will keep you posted when I start another journey...hopefully in the near future. Thanks again everybody for reading my stories ...hope you liked reading them, I certainly enjoyed writing them, plus reading your comments afterwards! Hasta pronto...gaitian zaijian!

p.s. thanks for all your birthday messages...really nice...xiexie! Had a drink on all of you, or actually...a few drinks. 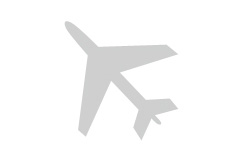